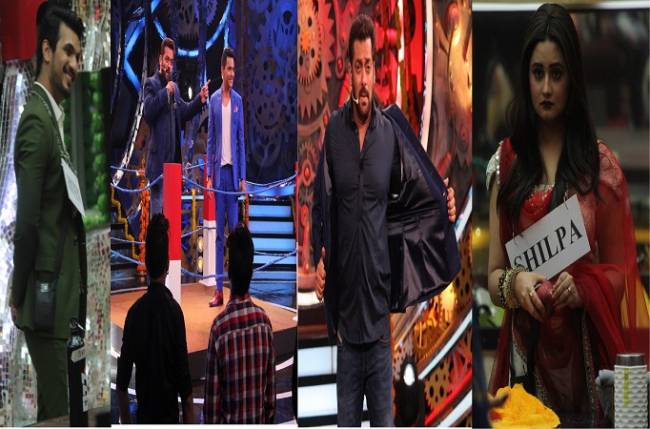 In today’s Diwali special Weekend Ka Vaar episode, we will see the lead actors of Colors’ popular shows arriving as guests, impersonating the contestants in the Bigg Boss house and the ‘Gharwaale’ performing for them.
Earlier had EXCLUSIVELY revealed that Aditya Narayan would talk about the upcoming Colors show he is hosting and amps up the entertainment quotient, along with Salman. He will also be seen striking a conversation with Cringe Pop sensation Dhinchak Pooja, who is the wild card entry for tonight’s episode. On the auspicious occasion of Diwali, renowned actors Arjun Bijlani, Rubina Dilaik, Meghna Malik, Avika Gor, Rashami Desai and Jasmin Bhasin from the Colors family will make their way into the Bigg Boss house. They do an exceptional job of mimicking the contestants.
Arjun will pretend to be Hiten and Jasmin is seen wooing Arjun, portraying Arshi’s character. Rubina will be mimicking Hina brilliantly, whereas Reshami and Avika will get into Shilpa’s and Sapna’s character. Salman will be all smiles and will love the way the actors impersonate the contestants – especially Rubina.
The contestants will then put up special performances to entertain their guests. Sabyasachi will do a graceful ‘mujra’ to the evergreen song ‘Dil Cheez Kya Hai’. The guests, especially the actresses, will be impressed with Sabyasachi’s performance. Sapna will be teaching Hina some of her dance moves after which the duo will put up a spirited dance performance.
Akash and Jyoti will be seen showcasing their ‘Bhojpuri rap’ skills. Renowned singer and TV host Aditya Narayan will be seen doing a ‘Jugalbandi’ with Salman inside a ring created on the stage, and talking about Colors’ upcoming show ‘Entertainment Ki Raat’, where Aditya is the host.
Further, we will see Salman soaking in the Diwali spirit, preparing sweets with Meghna Malik and Avika Gor from Colors’ upcoming fiction show ‘Laado 2 – Veerpur Ki Mardaani’, and the other guests. 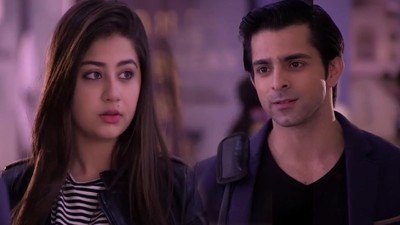