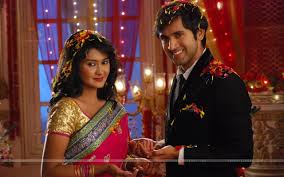 NachLe Nachle Khulke Toh Nach le plays….Raj and Avni are seen dancing with their family members during their tilak ceremony. Reporter says, atlast Avni Khandelwal’s journey to become Avni Raj Guru have started and Raj is getting tilak. Avni says, tilak is a big event for Raj and her. Our marriage is officially finalised. Reporter says, Raj have overcome so many troubles, it is not less than winning a war. Dhol baaje plays while they were enjoying.

Reporter says dance is a must have during the celebration, but when both the families thinking clash about the rituals then? Avni says, we will be shocked because of the thinking clashes. Raj’s mom invited her bahu home and Avni’s father is shaken with it. Raj’s mom says kids should be happy and that’s why she invited Avni for the function. 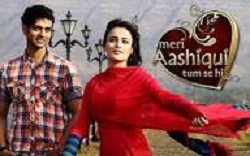