Arzoo lands up in jail, while Sahir comes to bail her out and signs on the bail papers. Reporter says, Arzoo did a mistake and is sent to Jail. She doesn’t know that she will be punished for her mistake.

She is in Jail and Sahir reached there to free his brother Zaki. He don’t bail her out. Inspector asks Sahir to bail out Arzoo as she was with Zaki. Sahir refuses saying no need as her character has no guarantee. Arzoo asks the viewers to watch the episode. Sahir says, it happened because of miscommunication. It is a trap for us.

Arzoo comes out from there. It is yet to be seen whether it is someone’s trap for Arzoo. They enjoyed the shoot throughout. Keep reading. 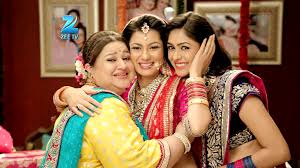 KUMKUM BHAGYA: ABHI SEEN LAUGHING WITH TANU AND AALIYA IN THE HOSPITAL